Handicap Hub: Nerding Out on the Numbers – 2022 Edition

Whoever coined the cautionary phrase “beware of Greeks bearing gifts” surely wasn’t considering Pythagoras – philosopher, mathematician and one of the earliest nerds on record. History has it that not only did he bestow upon the world mind-blowing things like theorems – giving us a chance to use the word ‘hypotenuse’ correctly in a sentence – he was such a Big Deal that he even has an ‘ism’ named after him. He was also thought to have quipped in smarty-pants fashion, “Numbers Rule the Universe.”

While we don’t exactly have the chops or the inclination to debate such a sweeping statement, what we can do is tweak it with some certainty to “Numbers Rule the Golf Universe.” 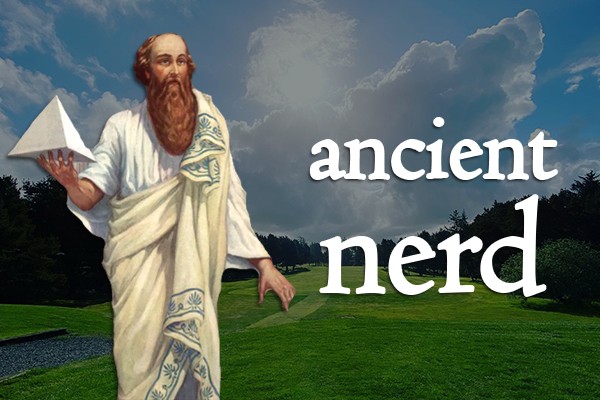 And those numbers are good, if not in many cases, downright excellent. In recent surveys to public and private golf facilities, the National Golf Foundation saw the best self-assessments in 13 years, with a majority rating their overall financial health – on a scale of 0-10 – right at the tippy-top.

Herewith, we tee up our annual slate of stats, with well wishes for a joyous, healthy holiday season and a Happy 2023 to all. May you forevermore rip your first drive of the day. And always keep it in the short stuff. 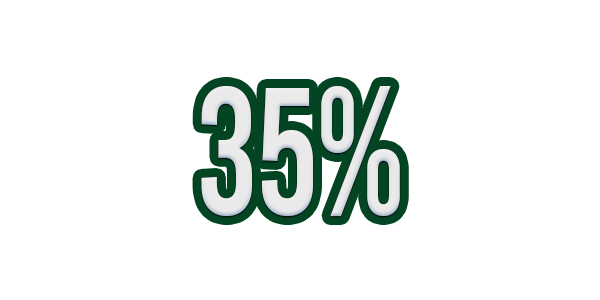 Whopping percentage that play was up in Oregon, according to the NGF, for the month of October (as we recall fondly while watching freezing rain come down, it was the warmest on record). It was so balmy even the trees put off dressing for fall. 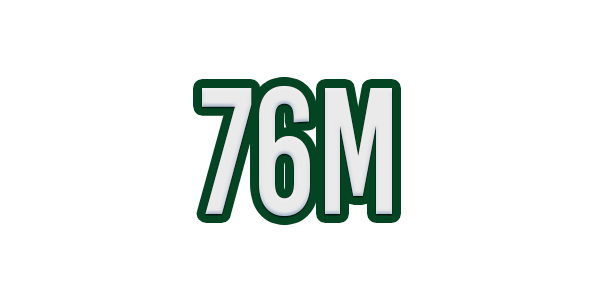 Staggering total number of scores posted in all of GHIN year-to-date. This includes members of more than 50 Allied Golf Associations in the U.S. (there are more AGAs than there are states, serving 15,607 clubs) and those in exotic places such as the Federacion Salvadorena de Golf and the Brunei Darussalam Golf Association (go ahead and Google). 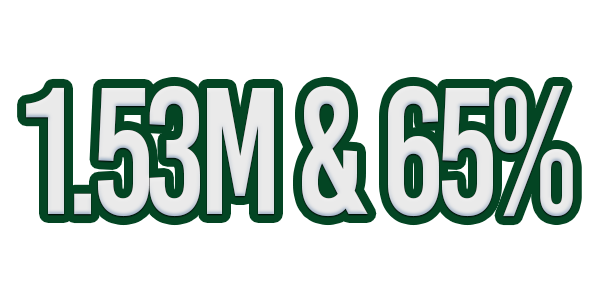 Impressive number of scores posted by OGA members this year and the percentage of those logged via the small-but-mighty GHIN mobile app. What does this reveal? That we are getting pretty dang good at posting our scores. And more confirmation – as if any was needed – that we are addicted to our phones. 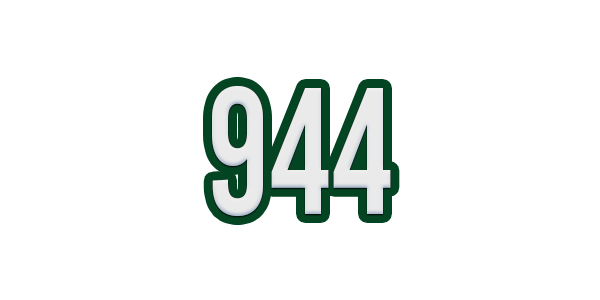 Number of Penalty scores posted by Handicap Committees to player records. Way off the radar of most golfers, Type P scores can be posted for failure to post scores in a timely manner (yep, this is an actual Rule of Handicapping – Rule 7.1b for any doubting Thomases). A penalty value is not par, rather represents the highest or lowest score differential for the individual in question. It is the Handicap Committee’s equivalent to Santa’s lump of coal, so please try to stay off their Naughty List. 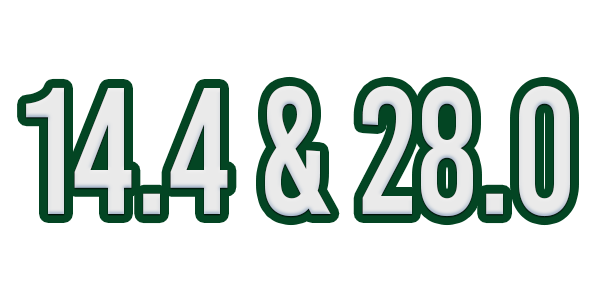 Average Handicap Indexes of OGA members (men and women, respectively) this season. As in years’ past, the needle has not moved much on these values and are nearly spot-on with national numbers, which are 14.2 and 27.5. Handicap Indexes have been trending ever-so-slightly downward for years. That said, the NGF reports that only 26% of all golfers shoot below 90 consistently on regulation courses and 45% average more than 100 strokes per round. Golf. Is. Hard. 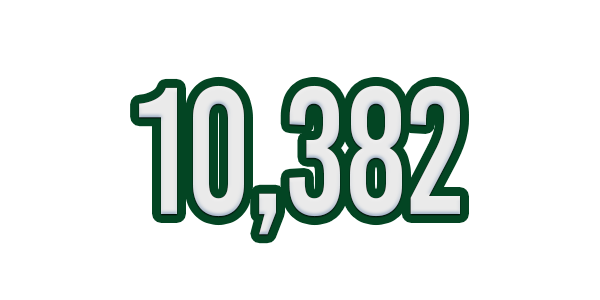 Total instances of OGA member Handicap Indexes undergoing the World Handicap System capping procedure this season. Capping is triggered when the player’s Index climbs at least three strokes over their Low Handicap Index and is an automated process that suppresses the increase. We drilled down deeper and found that 10,382 caps represented 9866 individuals, so let’s do the math: this means there were 516 (disagreeable) times that members were capped more than once. Turns out this is a good way to get to know someone.

Total number of scores considered in the Playing Conditions Calculations. PCC is data driven rather than dependent upon Mother Nature, sketchy course conditions or a cagey grounds crew. PCC is a daily statistical procedure (with an algorithm as sequestered as Sasquatch) that compares scores submitted on the day against expected scoring patterns. Not sure what Cosmic Shift transpired on May 3, a mild-mannered Tuesday, but this date saw the most courses impacted at 14. Surprisingly, these courses are dotted throughout our large geographic region, not clustered in one area, and all of them received a plus-PCC adjustment. 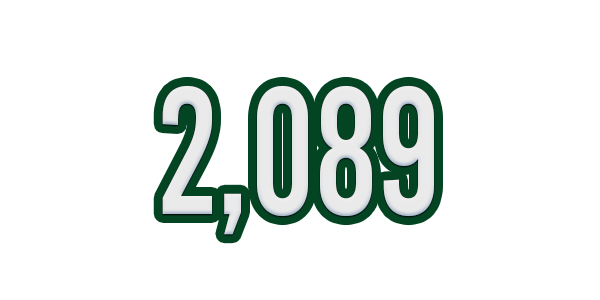 Number of scores posted, representing the largest percentage of total PCC scores at 8%, that contributed to adjustments at one singularly remarkable place with multiple magical courses – Bandon Dunes Resort. One of those tracks, the incomparable Sheep Ranch, experienced the most PCC-days of any course in our territory, logging 41. With eight cliffside greens bracing the onslaught of the Pacific, and ghost trees standing sentinel, profuse PCCs are expected at one of the windiest and most exposed places on the Oregon Coast. 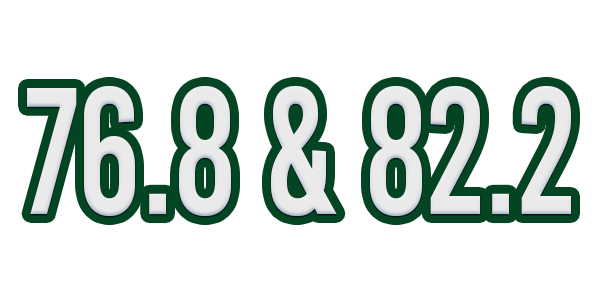 Highest Course Rating values for men and women, found at Crosswater Club and Tetherow, respectively. Both have scads of length in addition to a whole lot of water (hmm… how did Cross-water get its name?) and throw in Trouble-with-a-capital-T. A quick FYI: OGA rates every set of tees for men as well as tees up to 6000 yards for women, and we will add women’s ratings for longer tees on special request (that’s where the unprecedented Monster 82.2 came from, so thank you for your contribution). 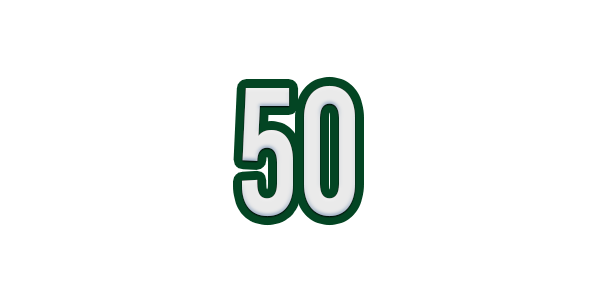 Number of yards from the center of fairway or green in which pesky obstacles are assessed in the Course Rating System. This means that if irksome things such as bunkers, ponds, trees – even canyons – are more than 50 yards away they will not be factored in when we rate your golf course. We don’t even notice them, though your ball might. 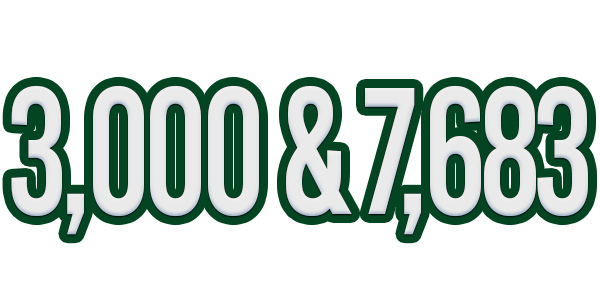 Numbers representing the shortest and longest sets of rated tees, at Marker 40 and Crosswater, respectively. The USGA currently requires a minimum distance of 1500 yards per each nine with no upper limit to the length of tees. For those courses out in the wild, with room to grow, hang onto that yardage! There are plenty of land locked courses that would like to set up launch pads on the rooftops of neighboring homes in order to go long. 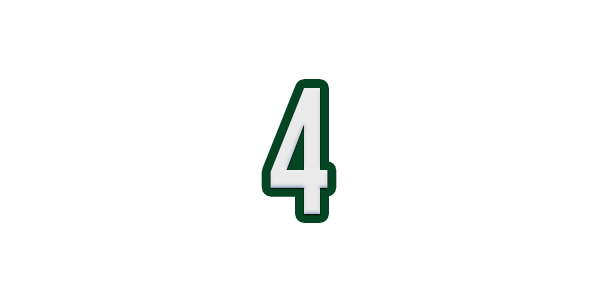 Number of Goat Caddies currently employed at Silvies Valley Ranch – a few less than Santa’s herd of reindeer. These friendly, hardworking goats (Bruce LeGoat is the Caddie Master) wear Seamus designed backpacks and will carry your gear for peanuts (literally). As multi-talented goats with myriad duties, they also are responsible for weed control, gutsy gopher discouragement and creative course fertilization. And have inspired more than a few baaaad goat jokes.

Questions? Contact Kelly Neely or Gretchen Yoder in the OGA Handicapping & Course Rating Department at (503) 981-4653 x226 or click/tap Here to Email Your Question.